The story of Lunawood began in the late 90’s with a dream of two visionary brothers, Olavi and Aulis Kärkkäinen. Thanks to their hard work and dedication, the dream about wood processing with heat and steam became a reality. Today the small company from Iisalmi has transformed into a global pioneer of Thermowood, but perseverance and passion are still at the heart of our company every day. Our roots continue to inspire us and push us forward in all situations. 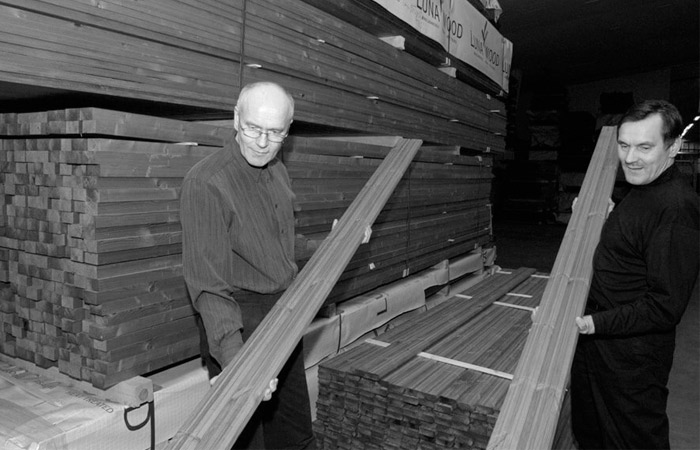 Olavi and Aulis Kärkkäinen in Iisalmi mill at 2004

The brilliant idea about Thermowood was sparked by the old brick firing kiln in Iisalmi. The brothers were interested in the empty premises and the tunnel kiln previously used for manufacturing bricks. The brothers decided to buy the property in 1997.

Originally, the idea was to use the 100-metre-long firing kiln for the thermal treatment of wood, enabling operations on an industrial scale from the outset. At the end of the 1990s, Thermowood was not produced industrially anywhere in the world and only small test batches were being planned. During their research into the thermal modification, the brothers realized to their great disappointment, that the brick firing kiln was not suitable for the treatment of wood as it was.
However, the kiln had already inspired the idea of a continuous multi-step thermo treatment process, which the brothers patented later on. 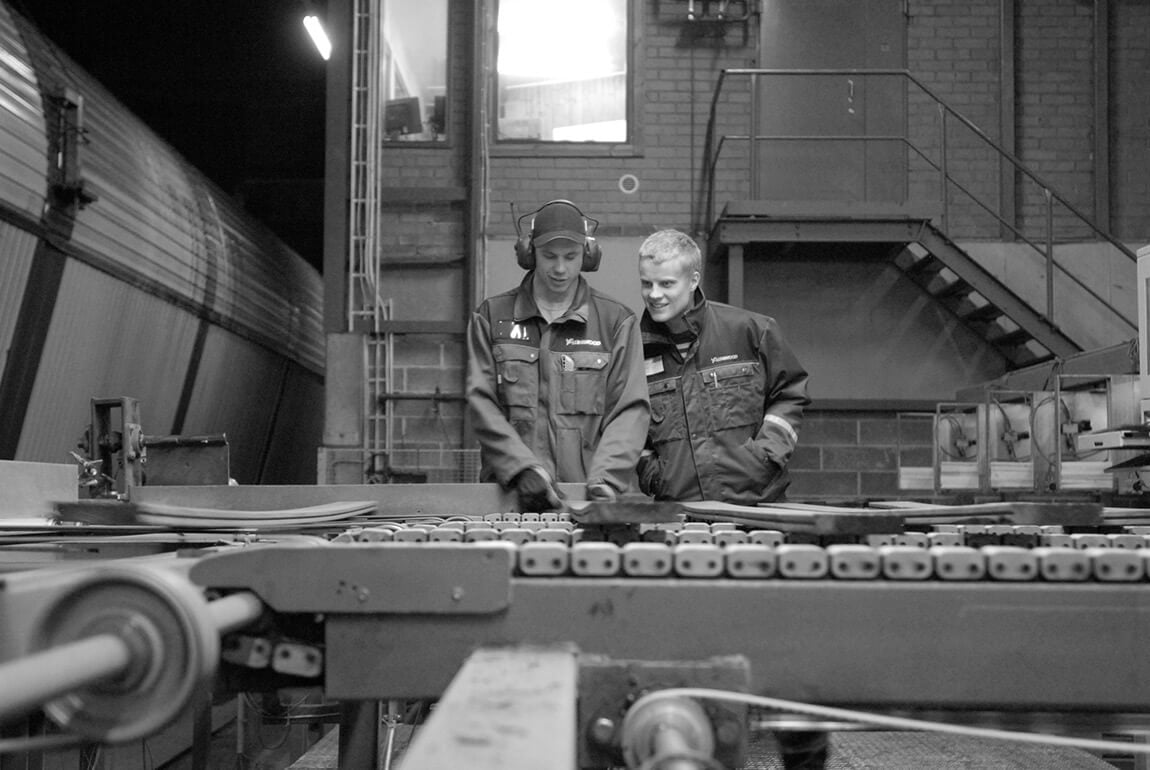 Picture from the Iisalmi factory in the early 2000s

As the years passed, Lunawood’s story got off to a flying start and the company’s reputation in Finland grew rapidly. The 21st century has been a time of growth and internationalization for Lunawood. In 2007, Kauppalehti Optio business magazine ranked Lunawood #1 on its list of top 100 growth companies, with the company’s turnover growing by a whopping 278.2% over five years. The urgent need for more ecological building materials for construction industry and architecture have fueled the company’s growth. 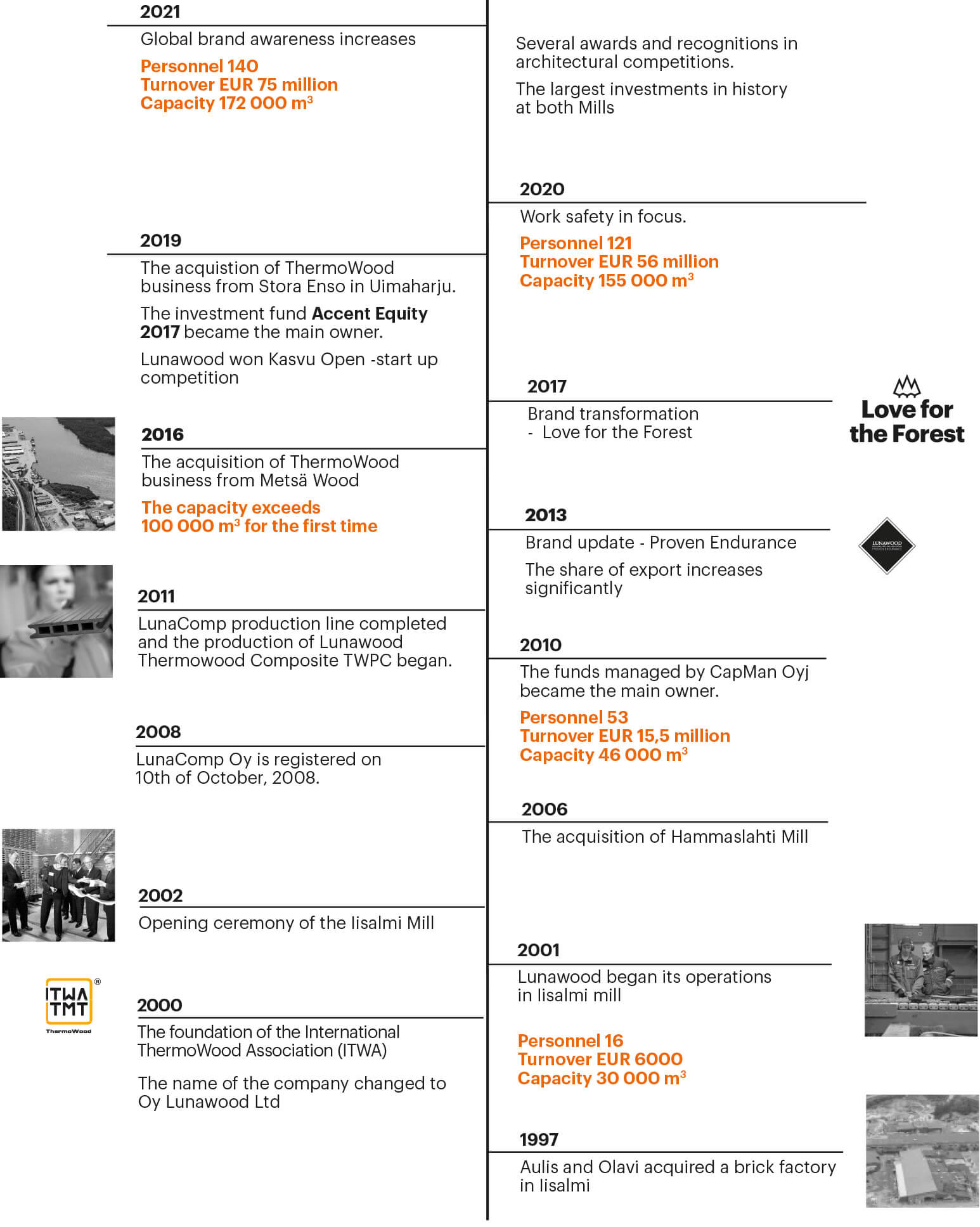 We reconnect nature with urban people 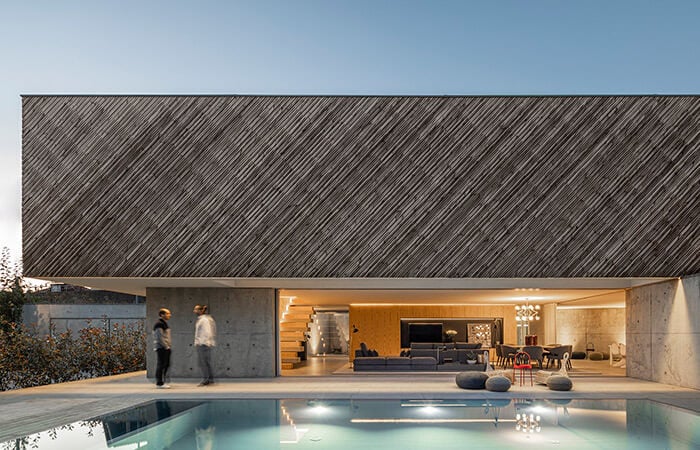 To tackle climate change and over population, we want to do our part by manufacturing sustainable and non-toxic Thermowood products that bind carbon dioxide throughout their lifetime. Our mission is clear, we create a connection between nature and urban life all around the world. We strive for this by being the best possible employer and partner for our stakeholders.

All of this is made possible by a socially responsible corporate culture with an emphasis on safety.

Lunawood has its roots in the Kärkkäinen brothers’ innovation and hard work ,