To the World from the Heart of the Finnish Forests - Lunawood

To the World from the Heart of the Finnish Forests 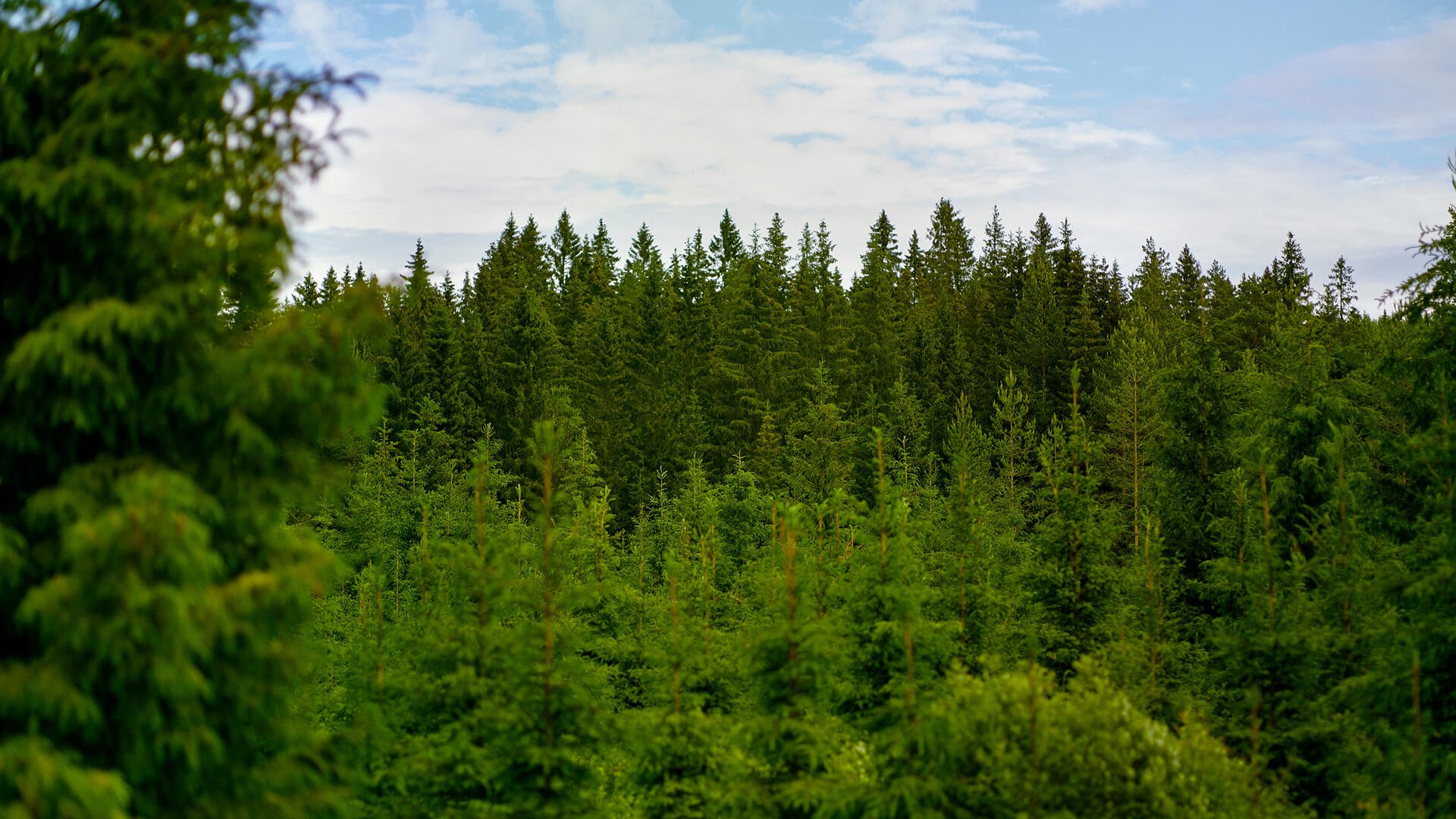 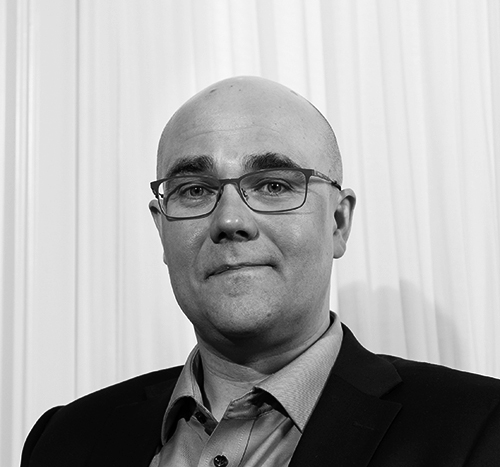 The Story of a Sustainable Nordic Spruce

Here it was. The sapling planted by Matti Järvinen’s grand-father 83 years ago in Keuruu was now a fully grown spruce, with a crown that swayed high above ground level. One of its neighbours disappeared in the first thinning 43 years ago when it was taken to Metsä-Botnia’s factory in Kaskinen, while the tree on the other side was cut in a thinning 22 years ago and transported to Metsä-Botnia’s new plant in Äänekoski, where it was used as raw material for pulp. During the second thinning in the late 1990s, Finland was in the process of creating its own forest certification system, FFSC, which the Järvinens were keeping a close eye on. They were among the first to understand that to succeed in the international market, the Finnish forestry industry would have to develop something exceptional: the world’s most sustainable raw material. At the beginning of the 2000s, as soon as it became possible, Matti Järvinen’s father made his farm part of the PEFC certification system. Similarly, to previous generations, Matti belongs to Metsäliitto Cooperative, which has 100,000 members, and therefore when it was time for regeneration felling, he contacted his own wood purchasing agent and agreed on a tour of the forest area, accompanied by coffee brewed on an open fire.

Matti made a deal on a harvest with Metsä Forest and the felling was agreed to take place in October 2021. Soon, it was felling day, and the trunk of the 83-year-old spruce was grabbed by a harvester head. 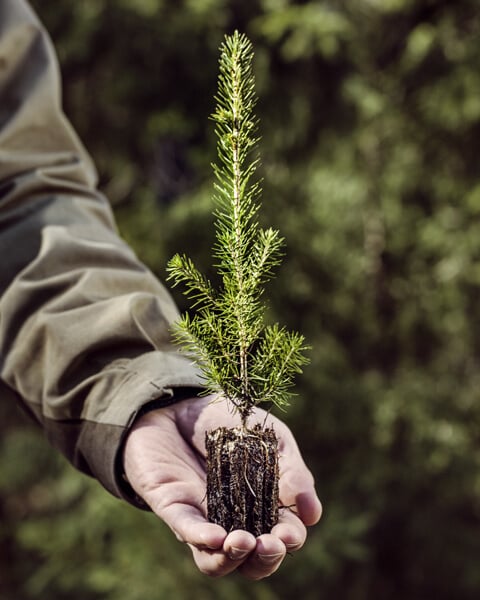 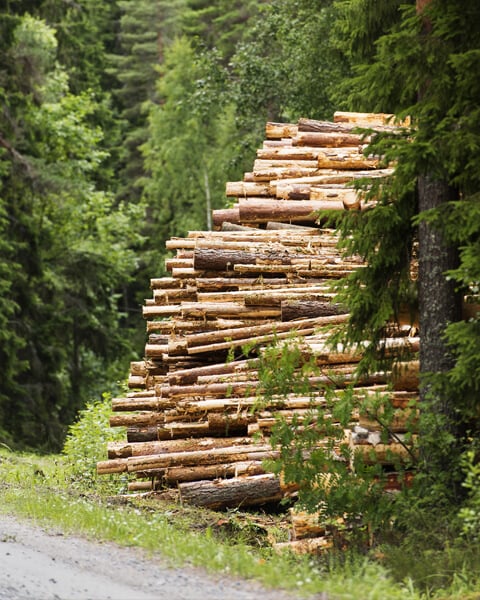 According to the computer analysis, the first log cut was suitable for use as raw material for Metsä Wood’s plywood factory in Suolahti, whereas the second log was sent to the Vilppula sawmill. The log was cut to the length of 5.18 metres and its diameter was measured to be 246 mm at the top of the trunk, including bark. The computer assigned the third log to the pile that would be delivered to the Vilppula sawmill, even though its diameter was smaller. The fourth log was too small to be used as sawn timber and it was placed in a pile that would go to the Metsä Fibre bioproduct plant in Äänekoski. The crowns and branches were left on the ground for the time being, but they would be collected later and delivered to a local heating plant where they would be used to generate bioenergy.

Along the Forest Road to the Sawmill

Eight hours later, the harvester picked up the pile assigned to the Vilppula sawmill and transported it to the side of the road. It was the same road that Matti’s grandfather had cleared after the war. The logs remained there for a day and a half before starting their journey to the Vilppula sawmill on the back of a transport vehicle. At the sawmill, the lorry was weighed and was given the permission to unload the logs for sorting. An X-ray device was used to confirm the results of the visual inspection by the harvester operator, and the system assigned each healthy log to a slot in accordance with its diameter. Three days later, a batch for cutting had been compiled and the log travelled through the debarking machine via the cutting line’s feeding table. 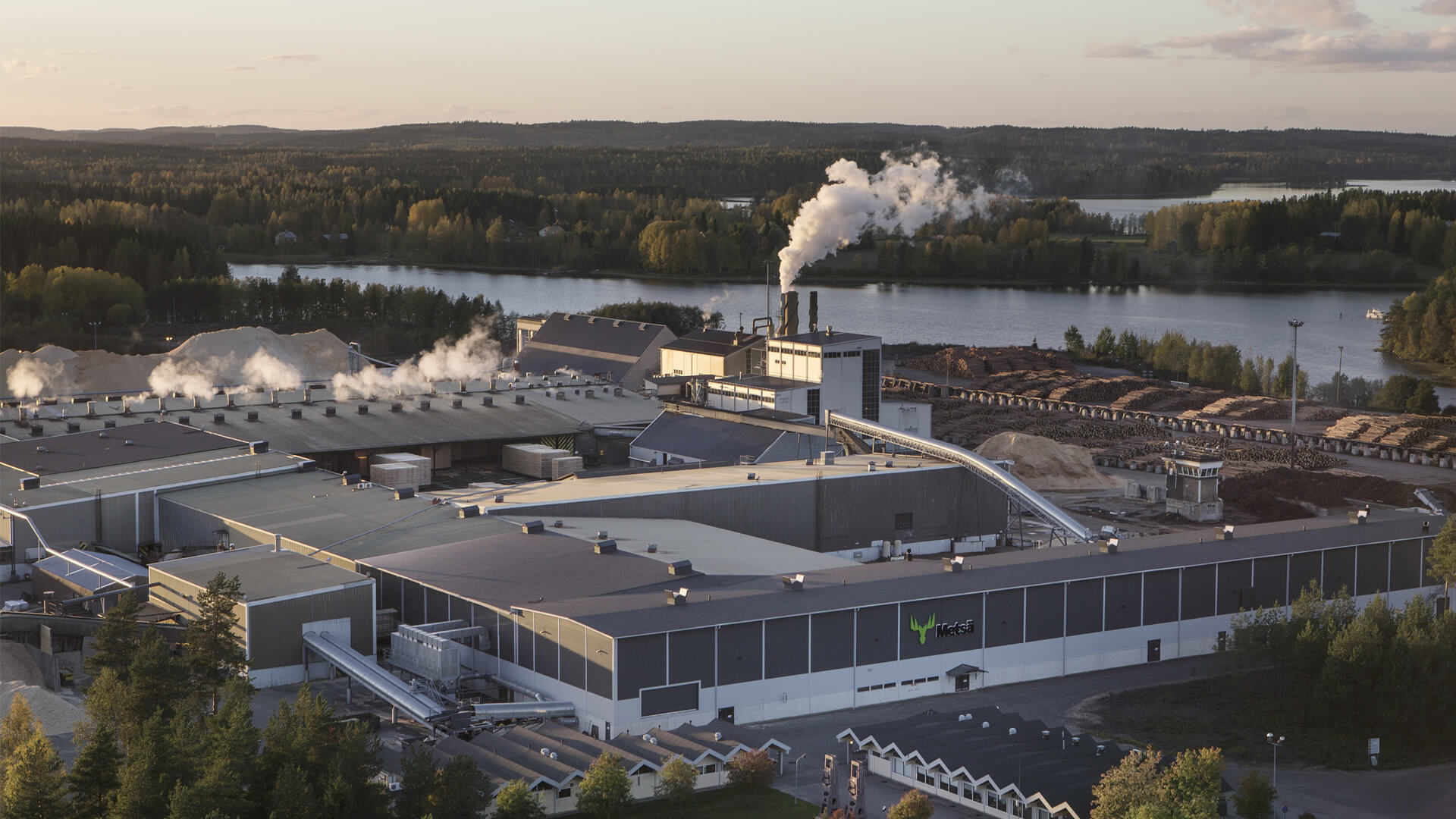 Conveyors transported the log’s bark to the Vilppula sawmill’s own power plant where it was used to generate heat and electricity. After passing through several measurement points, the log entered the actual cutting line where its suitability for the in-tended use was verified before the log was cut into four 38 x 150 boards. The wood chips from cut surfaces were transferred to the Vilppula wood pellet plant situated on the same plot and the larger chips from the sides of the log were directed to a silo via a screen, from where they would be transported to the bioproduct plant in Äänekoski to reinforce the pulp manufactured there. 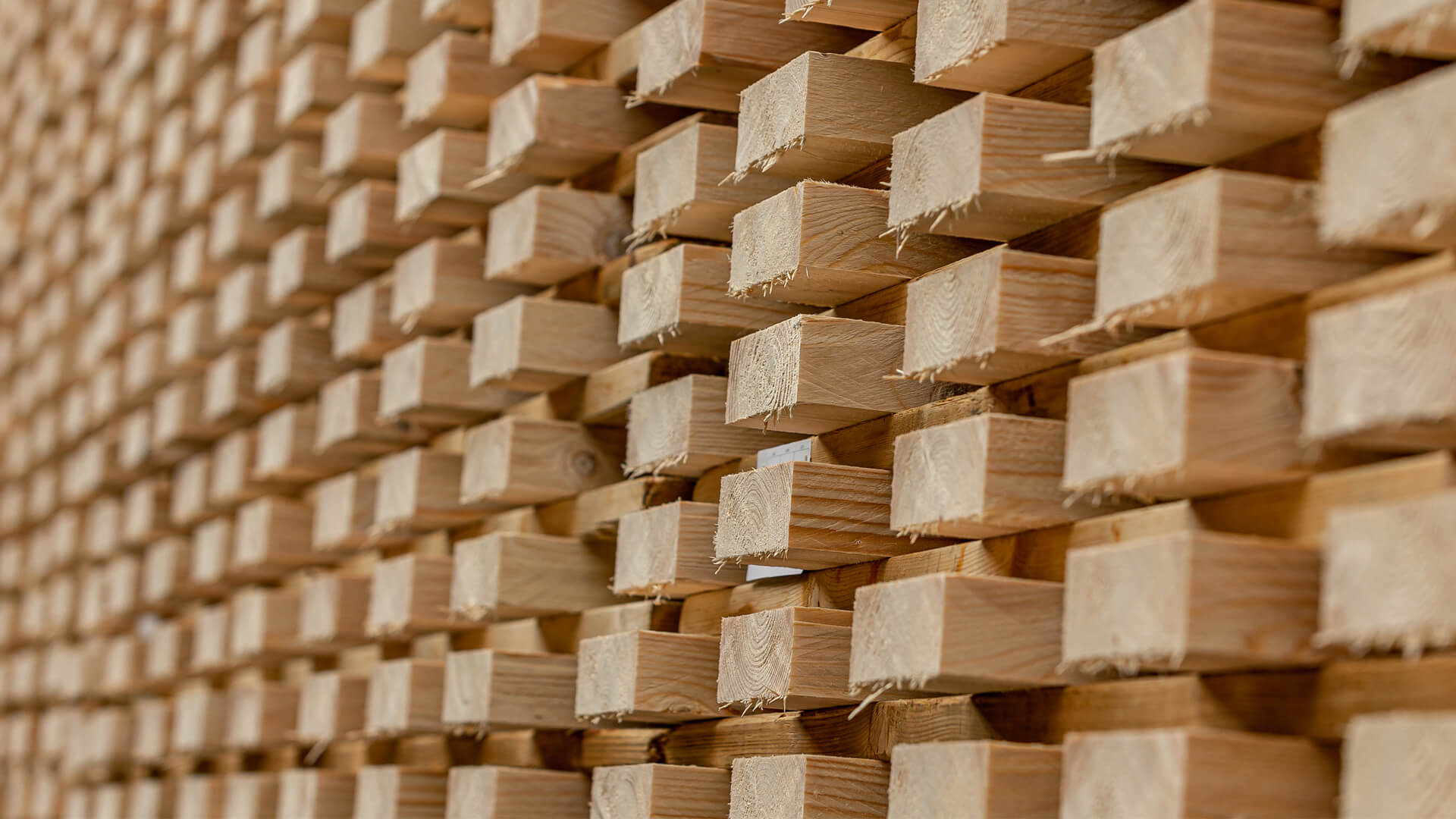 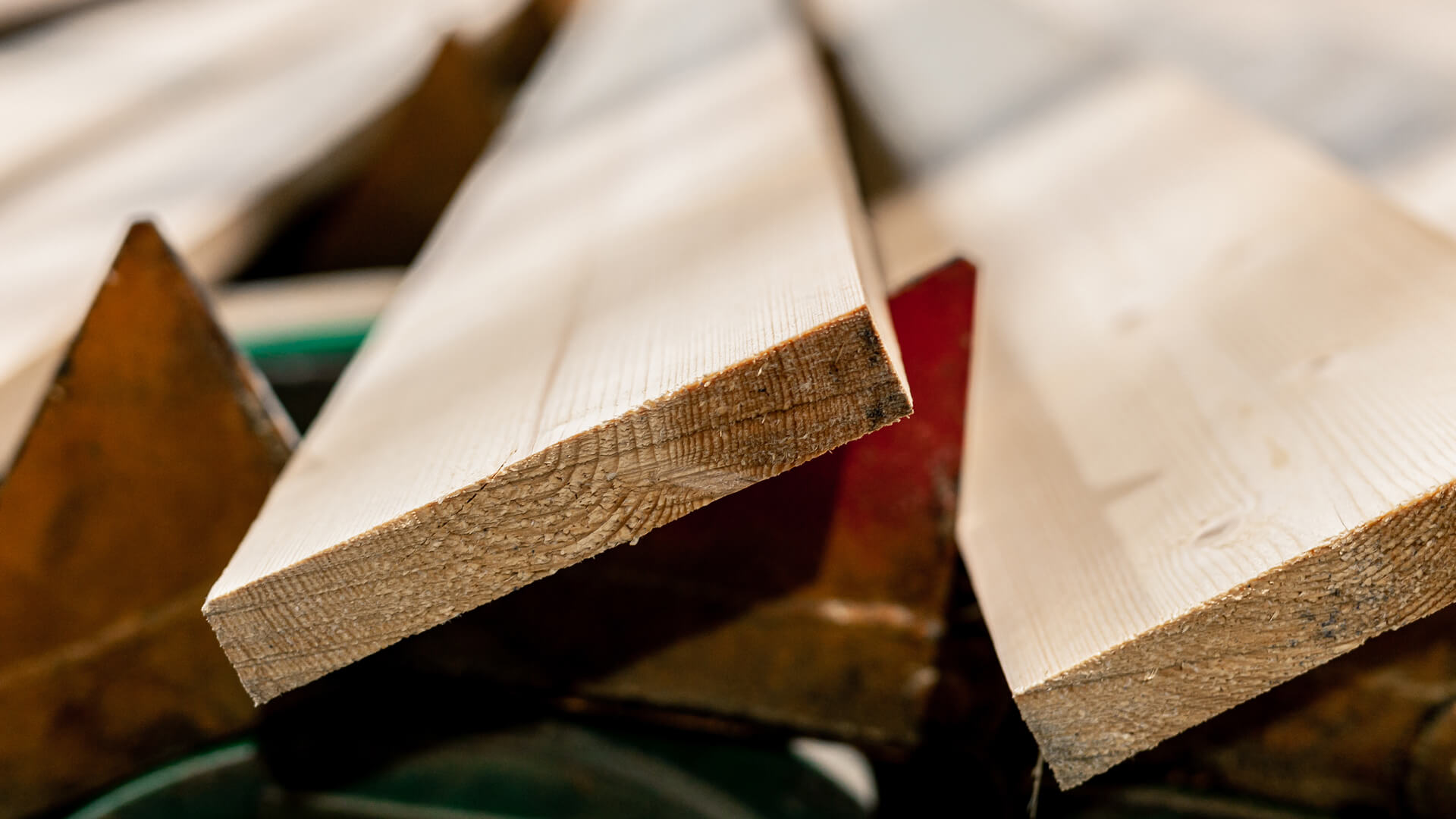 Towards the Final Destination

Cameras were used to check the green lumber dimensions of the four pieces and to verify their quality. The boards cut from the sides were placed in a separate slot and the straight-faced boards were sent for planing to Metsä Wood UK’s plant in Boston, after which they would be sold to British consumers and the wane lumber was loaded onto a container destined for Jeddah in Saudi Arabia, from where it would be sent to Riyadh for use in formwork at the construction site of a new tower block.

The centre boards from Matti Järvinen’s log were transferred to a wood channel drier after sorting, and about 36 hours later, the drier operator measured their moisture content, which was 20.8%. The lumber was ready to be delivered to the customer. At the post-drying camera sorting, one of the four boards was classified as grade VI because of a knot on the edge and it would end up being used as raw material for grade B wood panels in Germany. The other three pieces from Matti’s log were approved in the final sorting, given the shipping mark for the appropriate grade and packaged in pack 504263.

After a three-day wait in the warehouse, the package continued its journey towards Lunawood’s plant in Iisalmi in the safe hands of Transpoint. There it sits now. Waiting for thermal modification and profiling into a Luna Triple panel. Finally, it will perform its intended task as ceiling cladding for a golf resort in Brazil, where it will bind carbon throughout its service life, while emitting a pleasant fragrance ang bringing joy to the visitors.